(11/2/2013. John's writings in digital form typically exist in multiple copies and versions, many identical to each other, and we believe that most individual works are represented here. If you have an interest in specific versions, or you are looking for an item that does not seem to be here, please send an email and we will conduct a directed search for you.)


As a perfume doth remain
In the folds where it hath lain,
So the thought of you, remaining
Deeply folded in my brain,
Will not leave me; all things leave me;
You remain.

Other thoughts may come and go
Other moments I may know,
That shall waft me, in their going
As a breath blown to and fro;
Fragrant memories, fragrant memories
Come and Go. 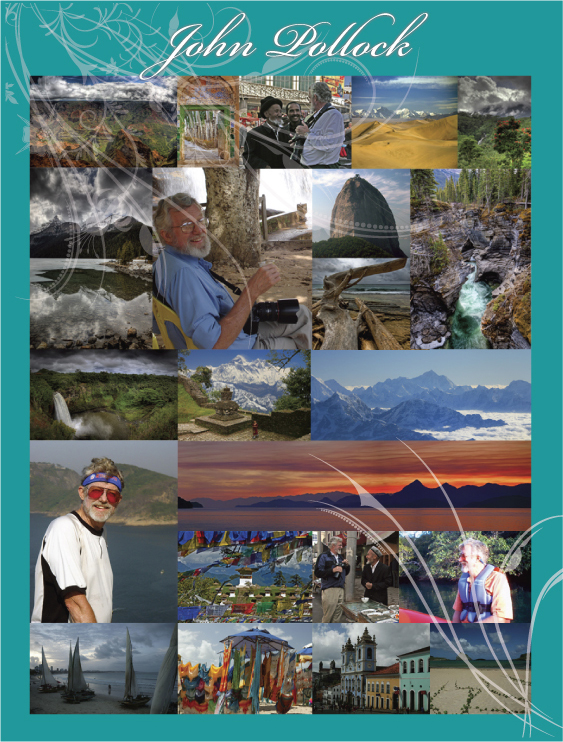 Professor Pollock was internationally distinguished for his highly original research in various fields ranging over epistemology, the general theory of reasoning, artificial intelligence, the philosophy of mind and language, decision theory, the foundations of cognitive science, and probability theory. His extensive published writings include 13 books and more than 100 essays in professional journals. An extraordinarily influential teacher, his many students are now themselves highly accomplished faculty at various universities and colleges here and abroad. John was born on January 28, 1940 in Atchison, Kansas and earned the Bachelor of Arts at the University of Minnesota in 1961, taking a trio of majors in physics, philosophy and mathematics. In 1965 he completed the Ph.D. in philosophy at the University of California – Berkeley and then successively assumed faculty positions at the State University of New York at Buffalo, the University of Rochester, the University of Michigan and, in 1978, the University of Arizona. As a leading member of Arizona’s Philosophy Department, he contributed to the founding of the University’s Interdisciplinary Cognitive Science Program. Thereafter, his unexcelled work on computational models of reasoning elevated him to the University’s most prominent rank as Regents Professor.

John was a man of energy without limit and warm spirit without fail. He deeply appreciated art in virtually all its many forms and was himself a wonderfully gifted photographer with an unmatched eye for landscapes. Throughout his life he enjoyed challenging outdoor activities: rock climbing, hiking, sea kayaking, river rafting and – most of all - cycling, both road and mountain. He pedaled hard over some of the most rugged trails and challenging terrain in North America and then past peaks beyond. He called himself the chief cook and bottle washer of the Southern Arizona Mountain Biking Association, but the others on wheels called him their leader, even when, at sunset, they were all again lost among the rolling hills and steep canyons south of Sonoita. And yes, the philosopher liked cats. When he was neither writing nor riding, he was travelling with Lilian and sending exquisite photographs to those of us left in the trail of this blazing comet.

John Pollock was a brilliant and kind man. None could thinker faster; yet none could be more patient. His expression was invariably quizzical, and his smile unfailing. How much he will be missed by so many! He died with ink in his pen.

Friends wishing to remember John are welcomed to the home of Professors Terry and Dianne Horgan on Saturday October 10 between 2:00pm and 6:00pm. The family requests that those who wish to honor Professor Pollock’s memory consider donating to the Arizona Cancer Center at 1515 N. Campbell Ave., P.O. Box 245013, Tucson, AZ 85724-5013.